dad's funeral— a stranger in the casket (Published - failedhaiku May 2016)

a fly crawling on its side breaks loose this flood of memories... my father in his last hours (Published - A Hundred Gourds March 2013)

She pulled up to the drawing class on her bicycle. As confident as any precocious eleven-year-old, she kicked the stand down and pulled off her helmet. Once inside, Emily greeted the adults with sneers. "My mother followed me in the car. She always promises she won't, but she does." Amid a few chuckles, she stormed to her chair and deposited her drawing pad and pencils. "She lies. It's really just lying."

The only child in an adult drawing class, Emily has the hearts of everyone in the room. "It's what parents do," I assured her, "wanting to watch out for their children."

Brenda leaned over and said, "You will appreciate your mother's concern for your welfare when you are older and have kids of your own."

Everyone tried to calm her frustration, but Emily would not be placated. "I tell her not to follow me, but she always does it."

Her mood softened as she concentrated on the evening's assignment. At the end of class we assured her, again, that mothers and fathers only smother us because they care. With a scowl, she climbed on her bike and rode away.

Today a friend asked if I had heard.

Emily had been struck by a car while riding her bike home from class. Her leg was broken.

fledglings... a baby praying mantis in her hand 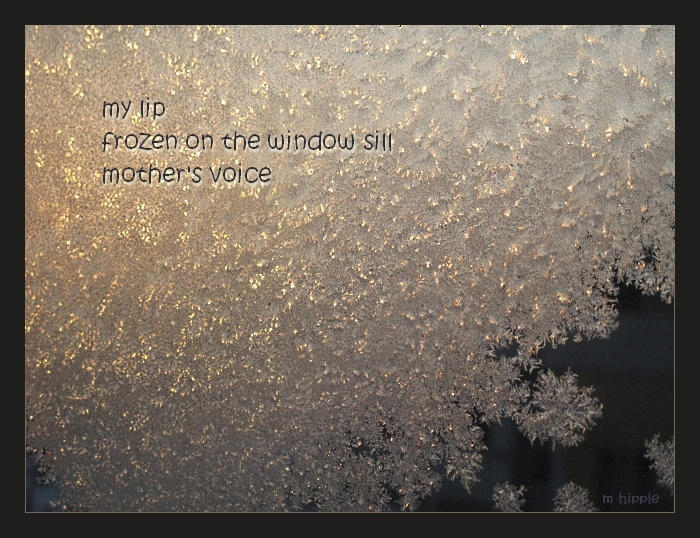 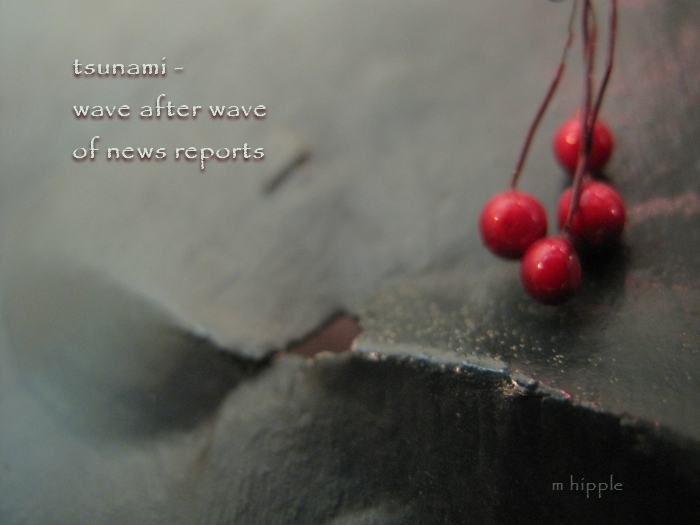